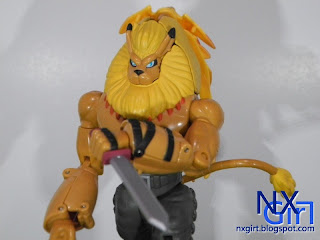 The first Digimon figure I would like to introduce is Leomon .

This is a warp digivolving toy. Leomon can digivolve into SaberLeomon.
I think it is a rare figure that there is seldom information about it.
I have bought it for several year. I would like to share this figure with all of you.

Although the quality of bandai toy is usually high, the leomon have a design's failure on his palms.
His palms were easily broke with that weak joint.
So my leomon has broke his palm in his first transformation.
If someone got this new figure, I suggest you NEVER try to take his PALM OUT! 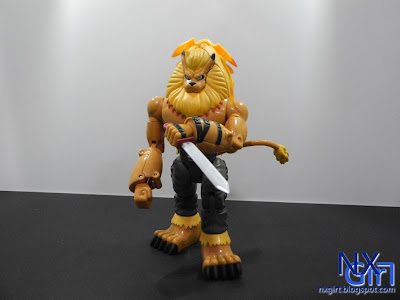 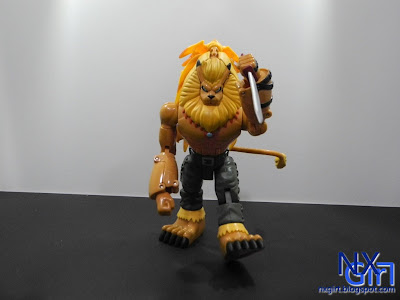 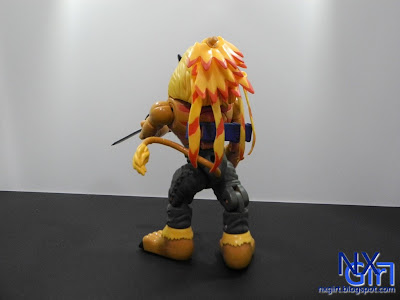 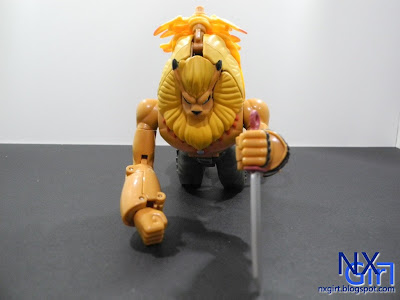 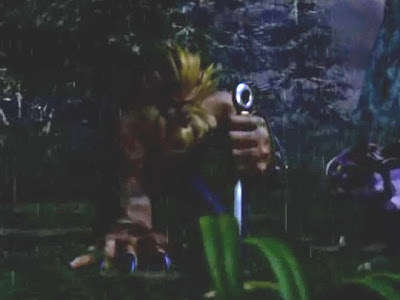 The scene in the beginning of "Digital Monster X-Evolution:13 Royal Knight" 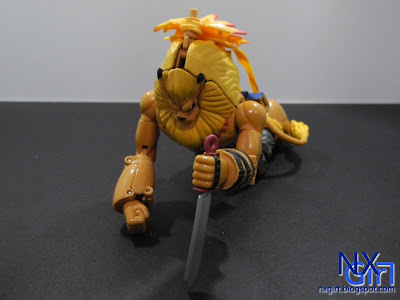 Leomon is dying without X-antibody. 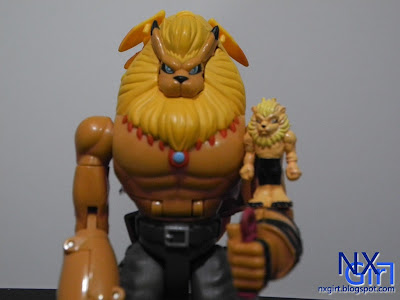 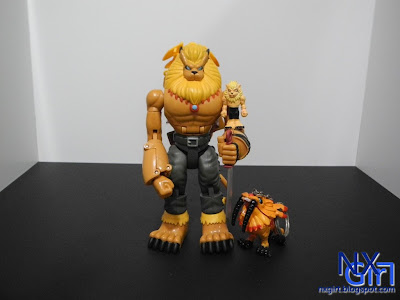 I got a little Leomon. Of course the little one got less detailed. Also I got another little SaberLeomon. 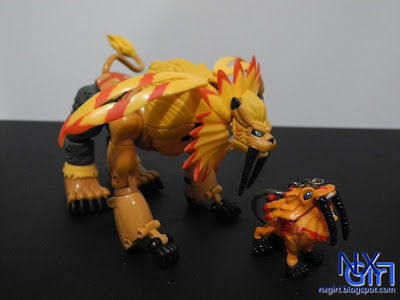 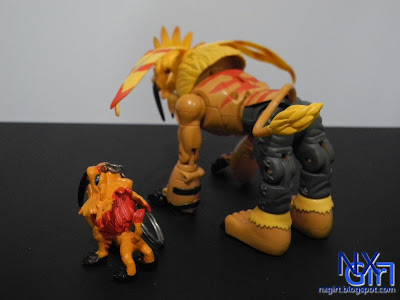 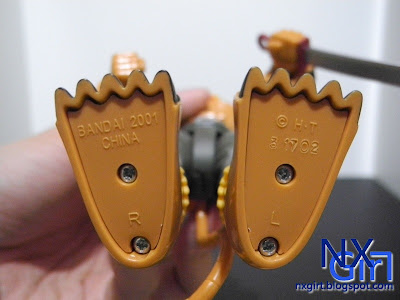 This is the approval form BANDAI's product.