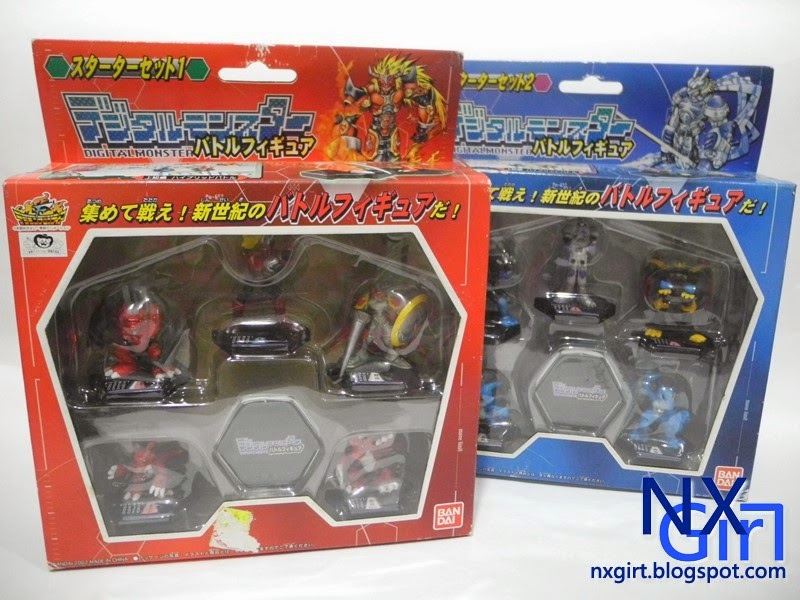 This time, you will see the battle game figure sets.

Its instruction is writen in Japanese. So I don't understand very well.

But for the instuction picture, it seems similar to the Digimon card game.

See the detail by clicking the under hyperlink!

These are red and blue box figure set. 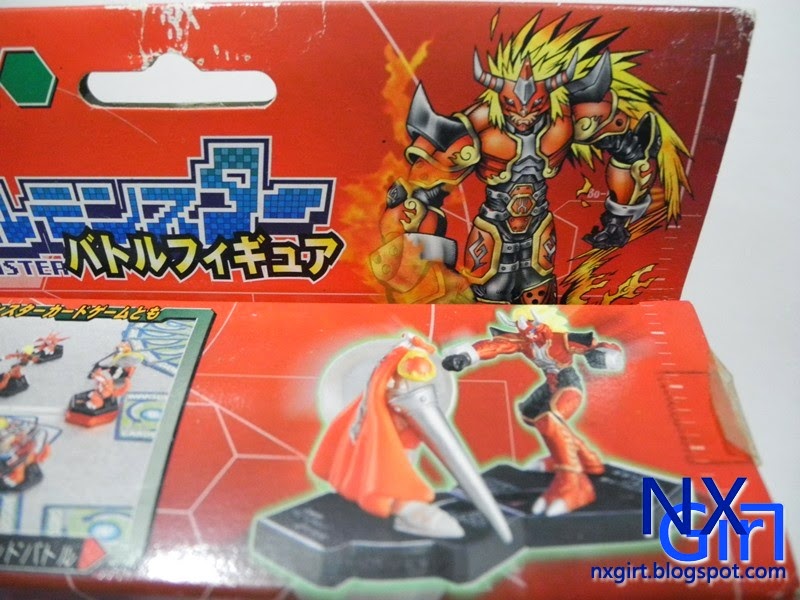 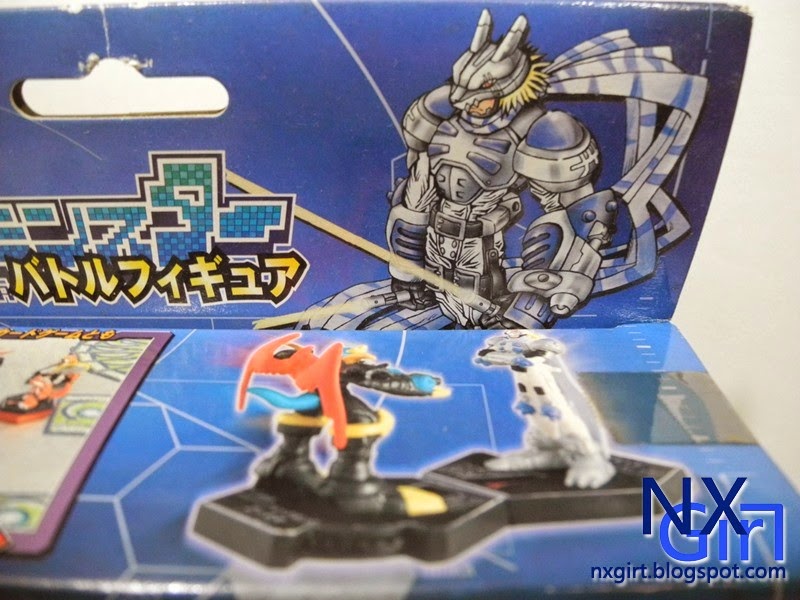 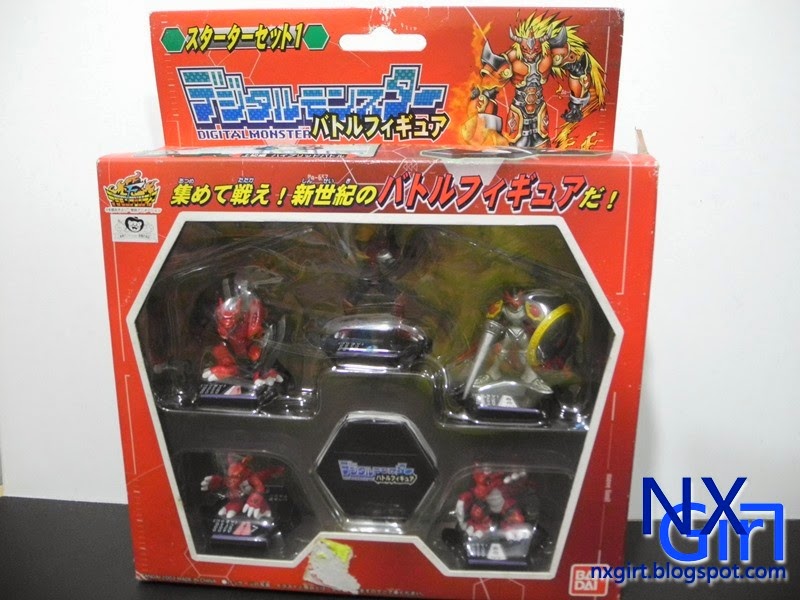 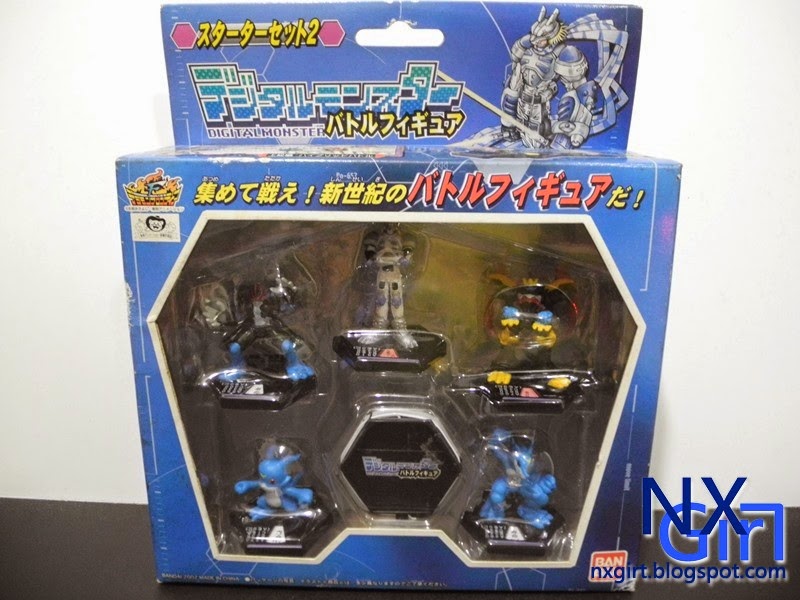 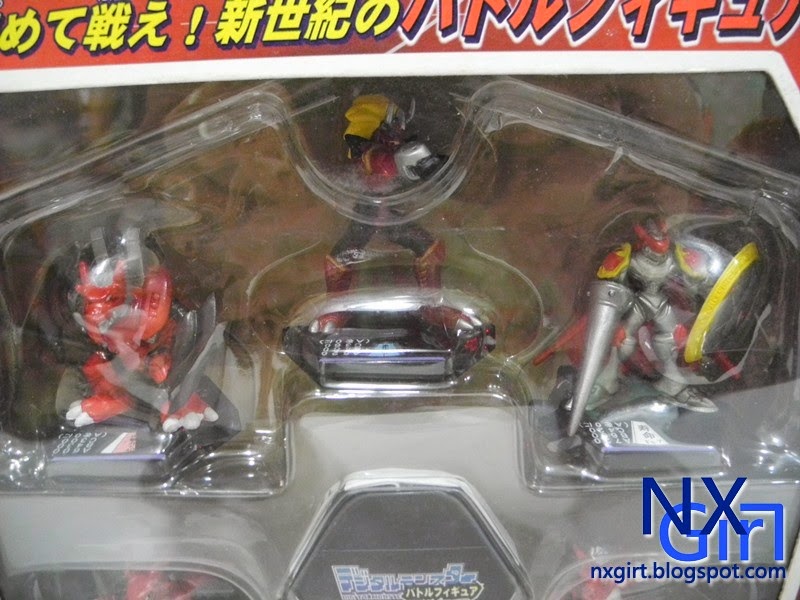 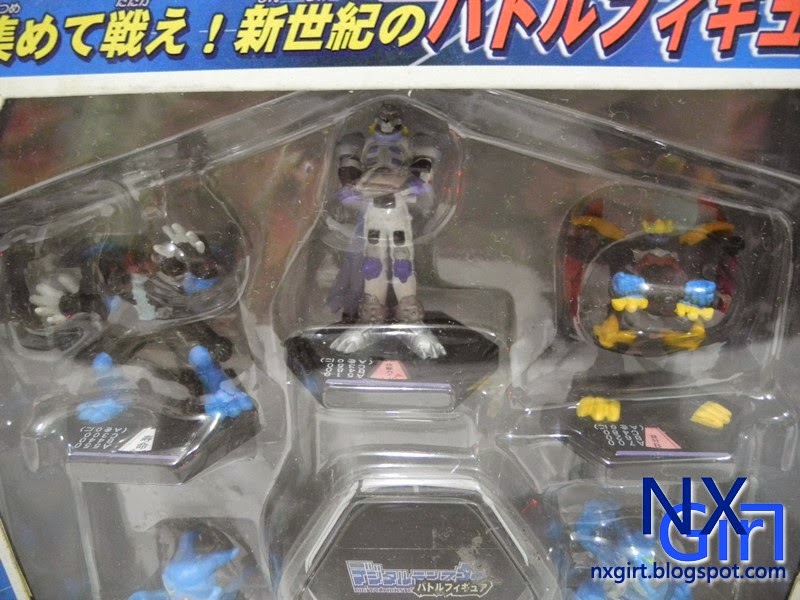 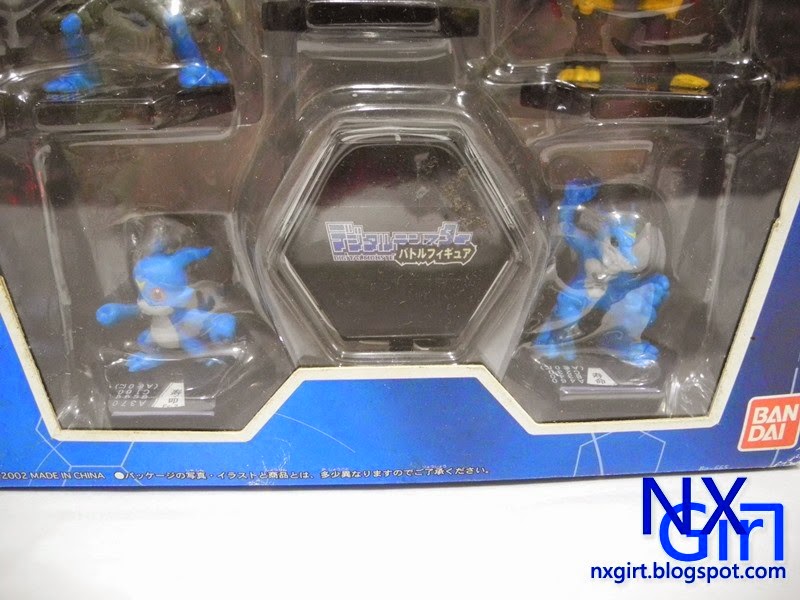 Different side of two boxes. 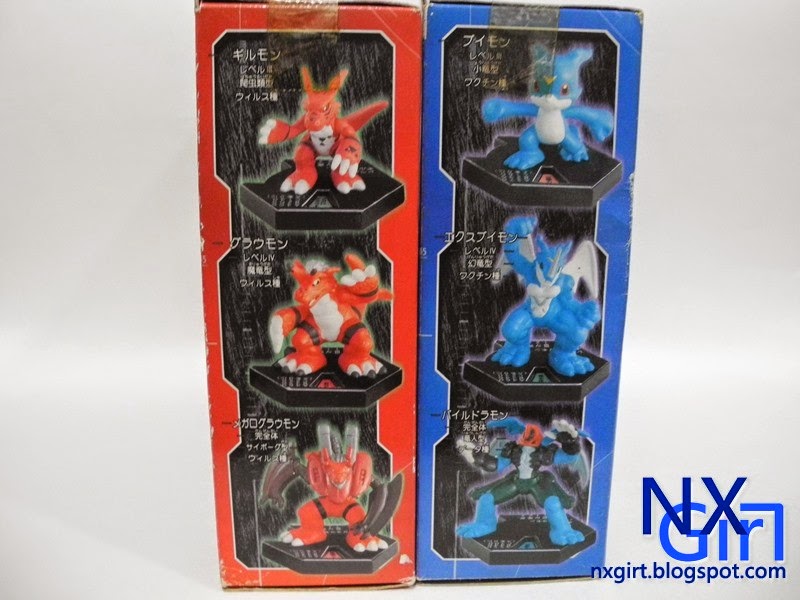 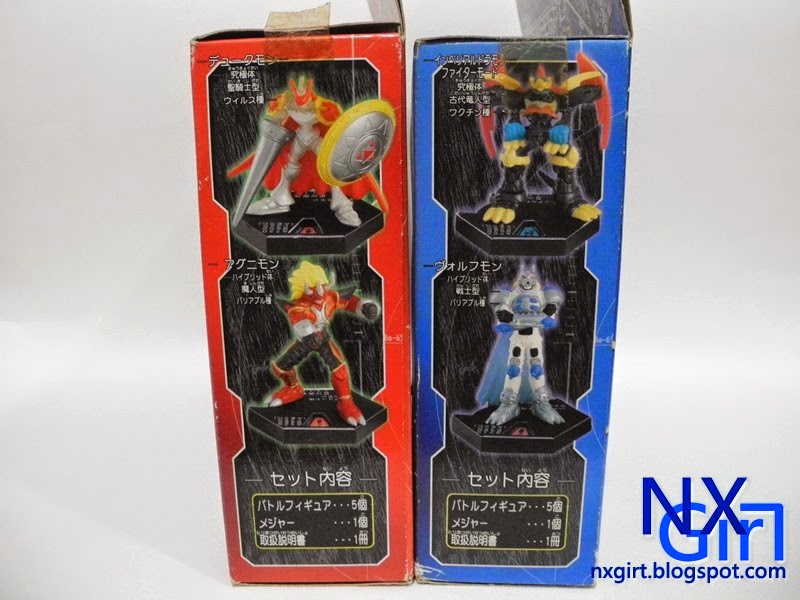 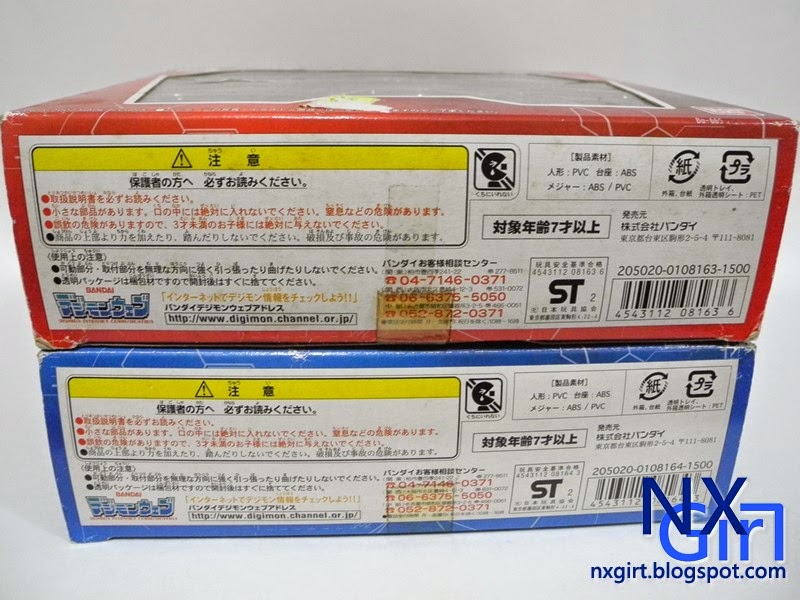 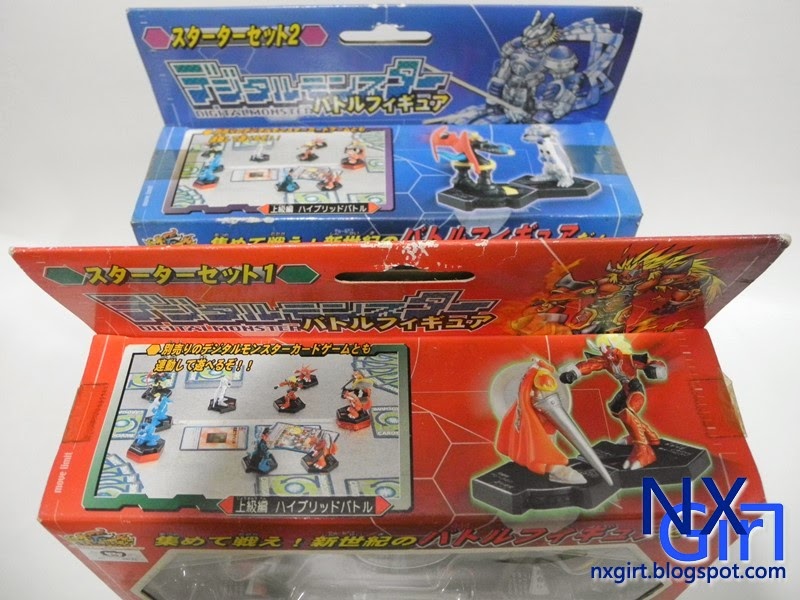 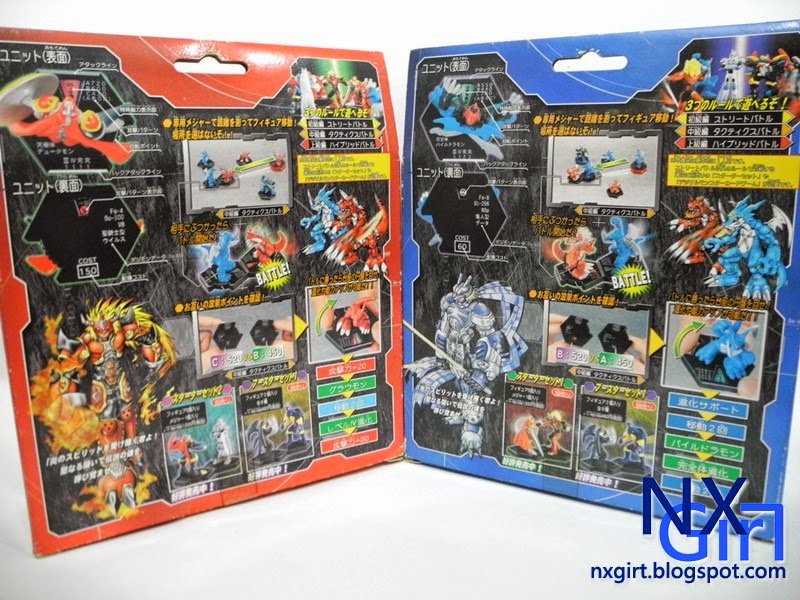 And the back have several gaming method.

Let's see the content inside. For two boxes, I will only open the blue box as a example. 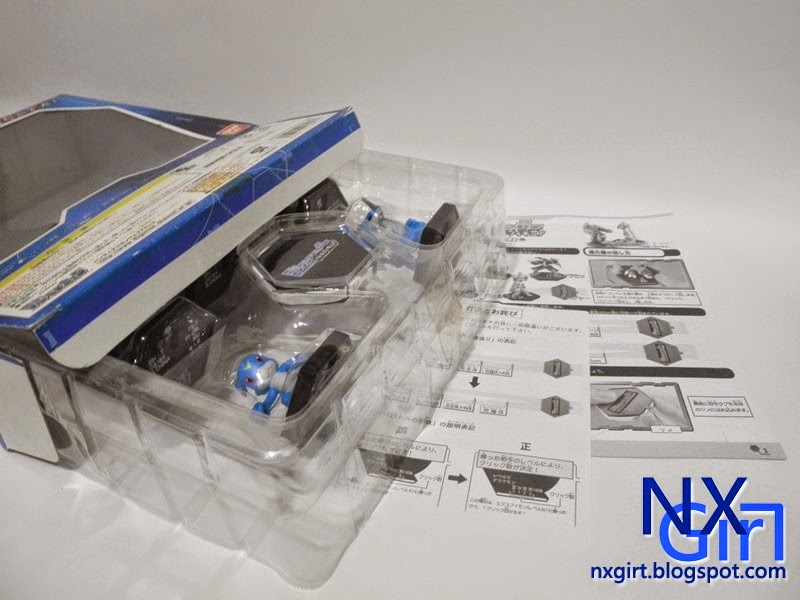 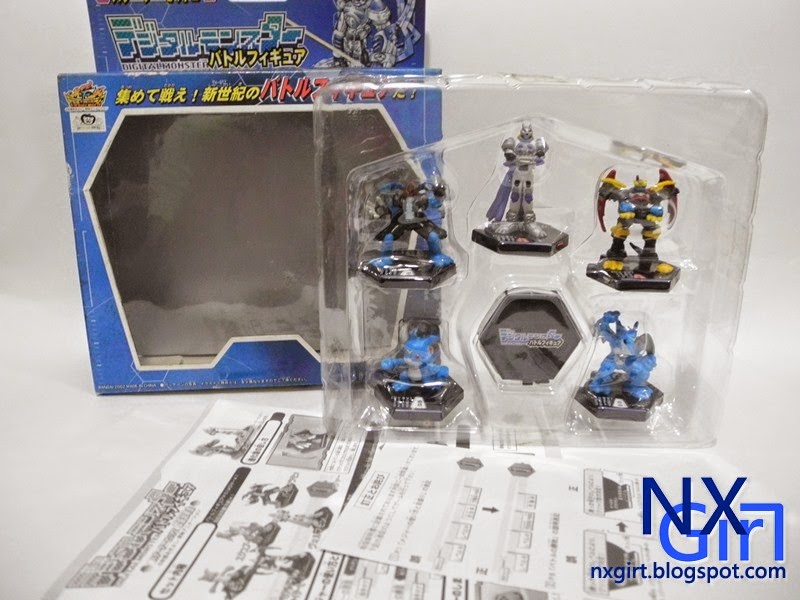 The box contains 5 battle figures, a base, and the instruction menu. 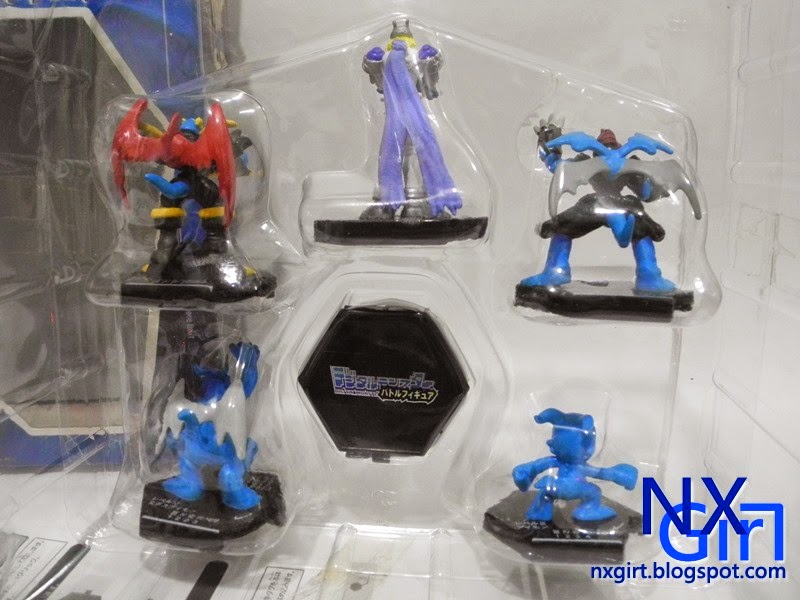 The back of 5 figures. 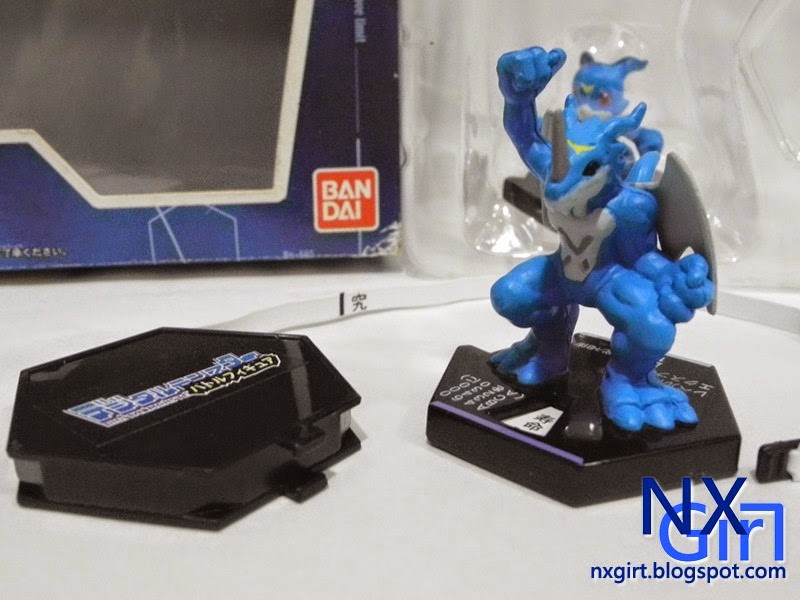 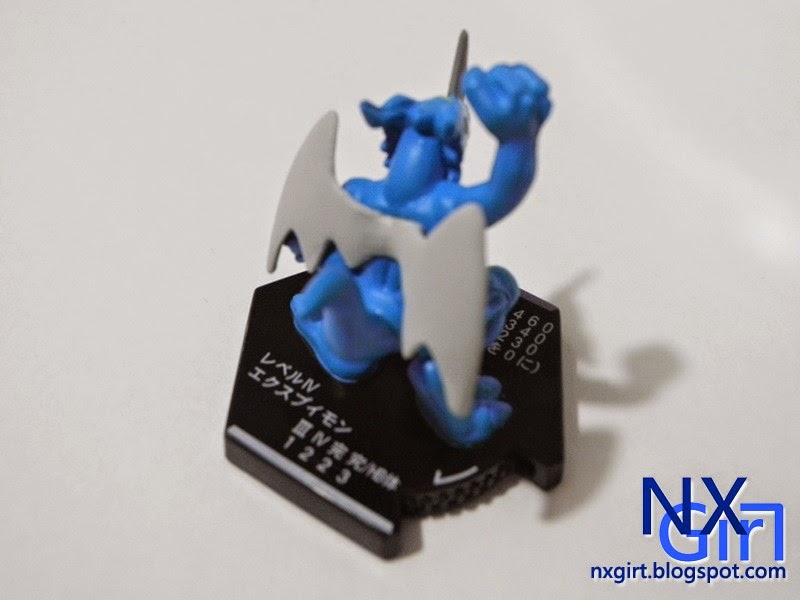 This is the battle figures. The upper face of the base has marked the power of the attack. Similar to the card game, here you will find attack A, B, C. 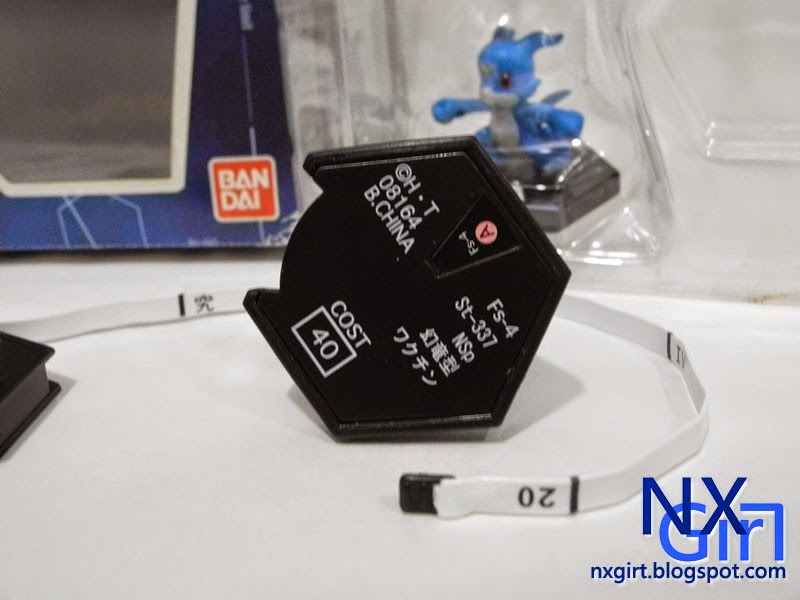 And you need to turn the wheel to determine which type of attack that your enemy will use.